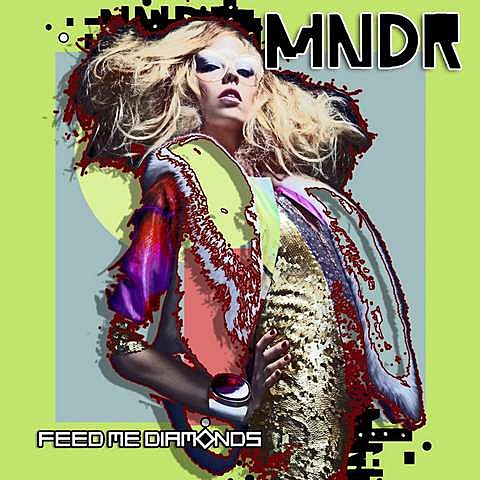 Here's one for those of you summering in the Hamptons. MNDR will be stopping by the Montauk Beach House this afternoon (8/11), performing a few songs with pal Mark Ronson who is DJing the club's "Poolside Frolic" party. The party is from noon to 7PM and there's more information here.

It's good timing on her part as MNDR's debut album, Feed Me Diamonds, is out Tuesday (8/14). You can stream her new single, "Faster Horses," below. Immediately following the album's release, MNDR will be opening for Duran Duran on a handful of August dates and those are listed at the bottom of this post. She likes these seaside shows... she just played a very big boat.

Speaking of Montauk, Frankie Rose -- who just opened for Little Dragon last night (8/10) in Prospect Park -- is playing the Surf Lodge tonight. (The venue's had cool concerts all summer.) They don't list a set time but shows don't get underway till sunset there. On Twitter today, Frankie said "Doing an all sisters of mercy cover set at montuk surf lodge tonight." She was joking, though I bet she could do a great version of "This Corrosion."

MNDR stream and a list of tour dates are below.