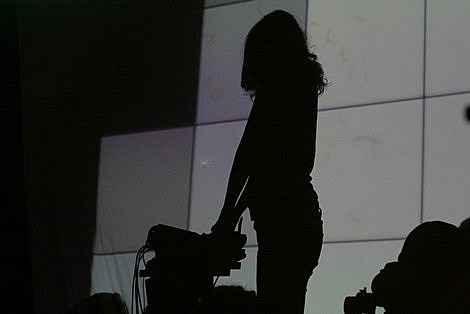 MNDR plays a free show with Restless People at Brooklyn Bowl tonight (Tuesday, 2/9), and then again at the same venue with WAVVES exactly one week later (also free). Total that makes three upcoming NYC show for MNDR before she leaves on a tour with Yacht on February 28th. The third is a February 20th show with These Are Powers at a mysterious TBA location.

MNDR was supposed to also open for Ebony Bones at Southpaw on Saturday, 2/13, but she has been replaced on that bill by Jessica 6. The Brooklyn show is one of two upcoming NYC shows for Ebony Bones who also share a bill with Amanda Blank and Daniel Merriweather "at Hudson's new subterranean lounge, Good Units" (356 West 58th Street) on Wednesday, February 10th. This is another free show though RSVP is required. 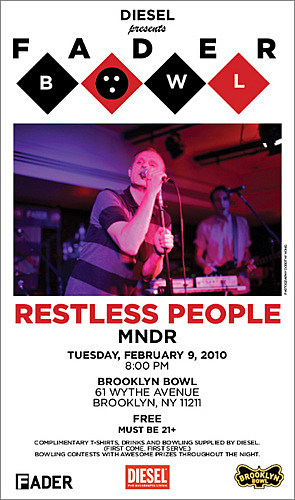