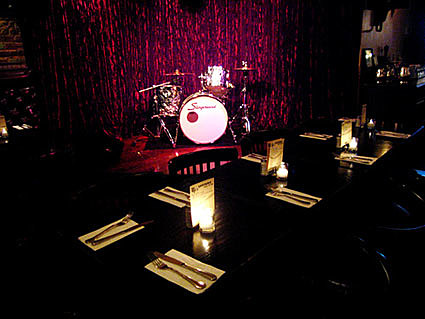 Comedian Carolyn Castigilia is confirming that Mo Pitkin's is in fact closing its doors forever on October 20th. Carolyn is the producer of Chicks and Giggles, "a weekly showcase of the best female comics in New York" (at Mo Pitkin's). The last Chicks and Giggles will now take place on October 16th @ 8pm (free), and stay tuned to Mo's schedule for even more special last events.

The NY Post first broke the story earlier this month - that Mo's was for sale and might close at some point. That was followed shortly thereafter by a denial letter that didn't really deny anything, and now this - which if totally true, is even sooner than I imagined.