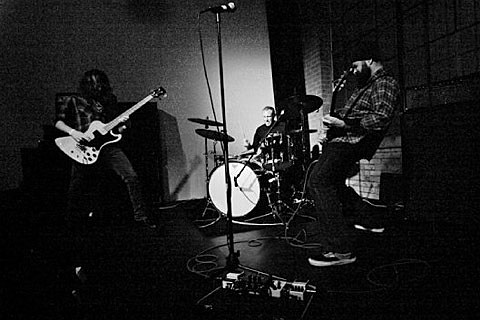 LA trio Moab may worship at the altar of bands like Hawkwind, Thin Lizzy, Black Sabbath and similiarly riffy 70s gods, but this band hasn't forgotten what it's like to be modern. On Ab Ovo, Moab's new LP due on August 16th via Kemado, the band updates 70s psychedelia and stoner groove with guitar tones that recall middle period High on Fire; what some might consider a tired sound has now been given a bit more bludgeon. Though "So On", the first track which makes its debut here, doesn't show much of that pummmel, it does show off some of the band's chops and their more melodic side. Download "So On" above/stream it below, and look for the full album stream for Ab Ovo next week!