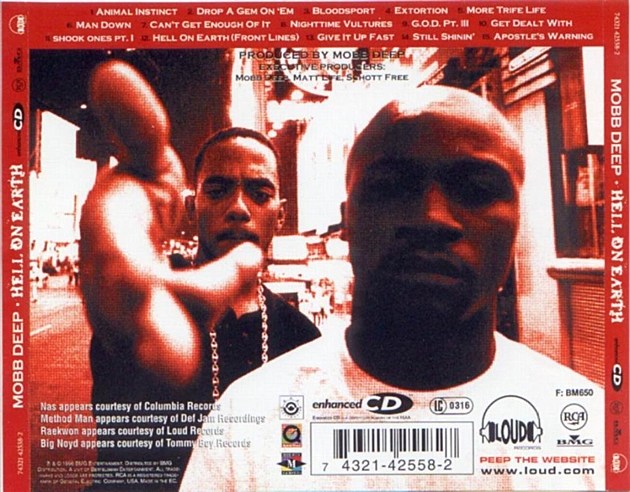 Queensbridge rap vets Mobb Deep celebrated the 20th anniversary of their classic album The Infamous in 2015 (and 2014, actually), and this year they'll celebrate its also-great followup, 1996's Hell on Earth. They'll also give it a deluxe reissue with bonus material, Billboard reports.

The tour includes NYC shows on April 12 and 13 at the Blue Note, and they'll have the duo backed by Phony PPL. Though the Billboard announcement did say the whole tour is a Hell on Earth tour, Blue Note's website is actually saying they're performing The Infamous. Maybe we'll get some of both? Tickets for both NYC shows are on sale now.

All dates are listed, with a stream of Hell on Earth classic "Drop A Gem On Em," below...