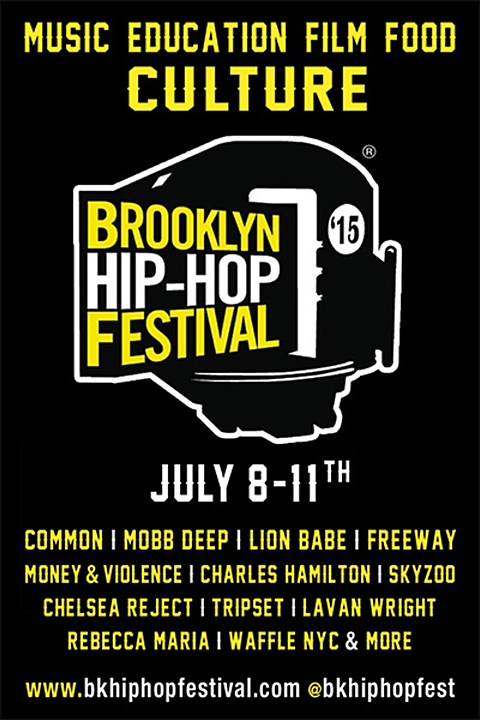 The 2015 Brooklyn Hip Hop Festival takes place this week, Wednesday (7/8) through Saturday (7/11), and new updates were recently announced. The annual Brooklyn Bodega-presented festival begins with a "conference on Hip-Hop, Technology and criminal justice reform" on Wednesday, followed by a screening of 1994's Fresh on Thursday. Friday has a tour of Brooklyn bars and restaurants, courtesy of Brooklyn Brewery, and the JUICE Hip-Hop Exhibition at Littlefield with a dance-off, various showcases, and galleries.

Lion Babe, who appear on the upcoming Disclosure album, are also playing Afropunk Fest and an Afropunk-presented Lincoln Center Out of Doors show. You can watch the video for their Pharrell-produced single "Wonder Woman" below.

Full schedule for the festival, also below...

Beats & Eats // Friday, July 10th
A curated tour of Brooklyn's best bars and restaurants brought to you by The Brooklyn Brewery.

Finale Concert // Saturday, July 11th
Common, Mobb Deep, Lion Babe, Freeway, DJ Rob Swift and more. The perfect way to end the week. With some of the best musicians from the world of Hip-Hop and beyond.