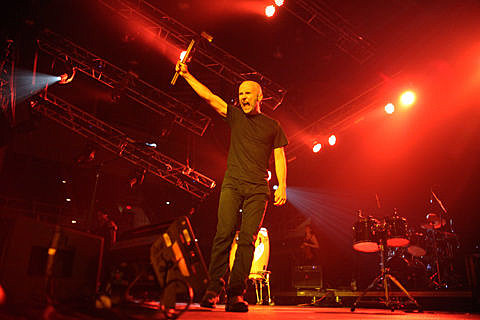 The last album from electronic musician Moby was the rather downcast Destroyed., which he put out in 2011. He's now just announced that album's followup, and it's looking like it's going to be a much more epic affair than its predecessor. The album, titled Innocents (due out 9/30), is set to feature guest spots from Flaming Lips frontman Wayne Coyne, Screaming Trees frontman/QOTSA collaborator Mark Lanegan, Eminem/Dr. Dre collaborator Skylar Grey, and past Moby collaborator Inyang Bassey.

It also features singer/songwriters Cold Specks and Damien Jurado, both of whose 2012 albums ended up Moby's top ten of that year. The first single, "A Case For Shame" (which features lead vocals from Cold Specks) is available to stream now. Check it out below.

In related news, The Flaming Lips recently announced two Terminal 5 shows (10/1-2) with Tame Impala, and they also play a CT show in July with Spiritualized. Tickets for all three of those shows are still available.

Song stream and album tracklist below...

Innocents Tracklist:
01 Everything That Rises
02 A Case For Shame (with Cold Specks)
03 Almost Home (with Damien Jurado)
04 Going Wrong
05 The Perfect Life (with Wayne Coyne)
06 The Last Day (with Skylar Grey)
07 Don't Love Me (with Inyang Bassey)
08 A Long Time
09 Saints
10 Tell Me (with Cold Specks)
11 The Lonely Night (with Mark Lanegan)
12 The Dogs