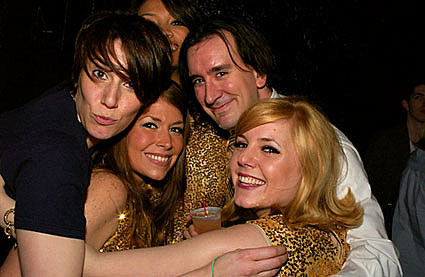 I am pretty impressed with Moby at the moment. After watching him kill it as a dj in SXSW, I felt like he was pretty unstoppable. Then when he stepped in for the The Teeth last night, I thought wow this dude just really likes to play. Then he did a lot of fan requests and dedicated a song to a fan and her family who had recently passed. I kinda am beginning to believe that Moby is really just all about the music and the people. I mean the dude is unflappable.

The night included covers of The Boss, Joy Divison, a 40s do wop song, Mission of Burma and 'Walk on the Wild Side', we he said when he hears it "makes him want to go to the bus station and take drugs." He was backed by three singers, keys, drummer and a possibly wasted guitar player, but who can really tell cause everyone was having a really good time. Overall, it was an awesome night in Jerz and I think I might try to hire Moby to play at my wedding. 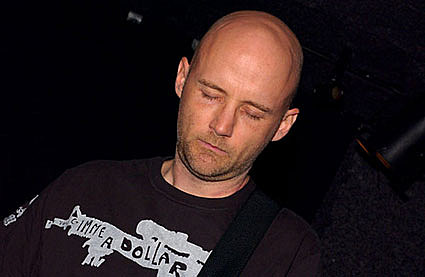