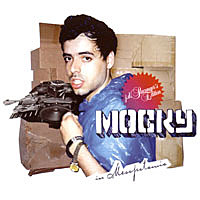 JOSE GONZALEZ + ZERO 7
If you don't have them already, you can head over to MOKB to get 2 new Zero 7 songs featuring Jose Gonzalez on vocals. Jose & Zero 7 are playing the Hollywood Bowl together in August.

MOCKY + FEIST
Less blogged about, Feist sings on the first single ("Fightin Away the Tears") from the new Mocky album ("Navy Brown Blues"). Green Pea-ness has that MP3. The video is streaming on YouTube. Mocky also remixes Mushaboom on Feist's new album of remixes and collaborations. GWFAS has that MP3.

GONZALEZ + FEIST
"Gonzalez (not Jose) remixed a song on the new Feist album too. That's them singing together to the left (cred). 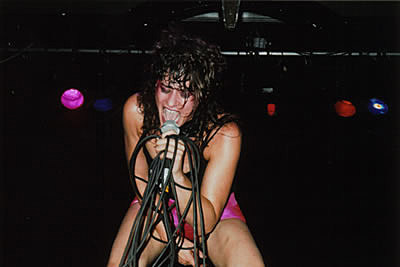 Peaches is friends with all of them too. She's touring with Nine Inch Nails in June.