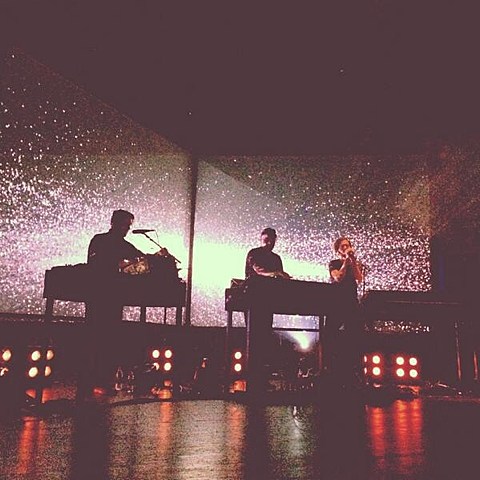 Last night, Moderat, the collaborative project between Modeselektor and Apparat, played the festival. They don't play North America too often, and their last NYC show was Electric Zoo 2013, but now that Moogfest is behind them they'll be playing a couple more shows on our shores, including one in Brooklyn TONIGHT (4/26) at 1260 Atlantic Ave with Nikola Baytala, Taimur & Fahad and Lauren Ritter. Tickets for tonight's show, which is presented by TBA Brooklyn, Resolute and Wordless Music, are available. Show flyer and list of remaining dates below.

LA hip hop producer The Gaslamp Killer also played Moogfest last night, and will come to NYC tonight as well. He's playing 88 Palace tonight (4/26) with psychedelic rap great Edan, Fool's Gold's Nick Catchdubs and Pablo Ygal. Tickets for that show are on sale now too. All of his dates are listed below as well.

The Gaslamp Killer - "In The Dark" 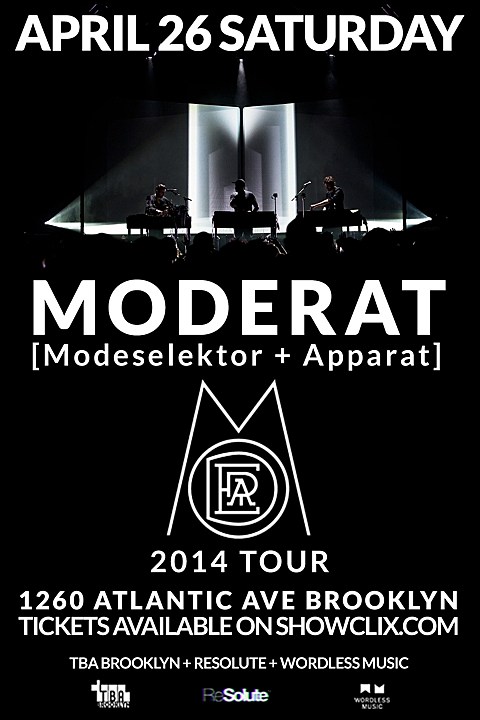