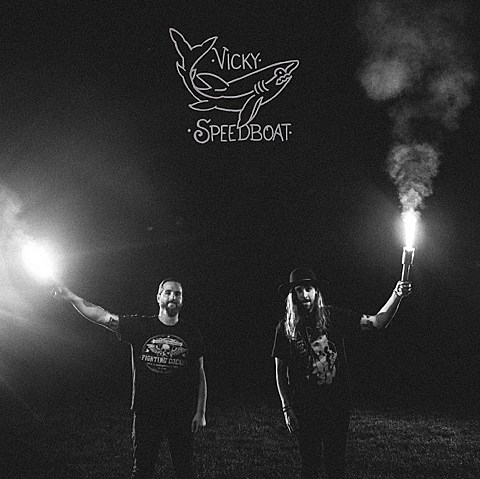 Sean Huber is a busy man. In addition to drumming in Modern Baseball (and singing that third verse on "Your Graduation") and fronting his own band Steady Hands, he now co-fronts yet another project. It's a duo with alt-pop musician WC Lindsay called Vicky Speedboat, and they just put out their debut EP Two Years No Basement this past Friday. It's melodic punk that's more in line with The Menzingers or The Lawrence Arms than Modern Baseball, and it's good stuff. Check out a stream of the whole EP below.

Vicky Speedboat don't have any live dates announced at the moment, but Modern Baseball are on tour now with PUP, Jeff Rosenstock and Tiny Moving Parts. The tour lands in NYC on 12/11 at Webster Hall (tickets).