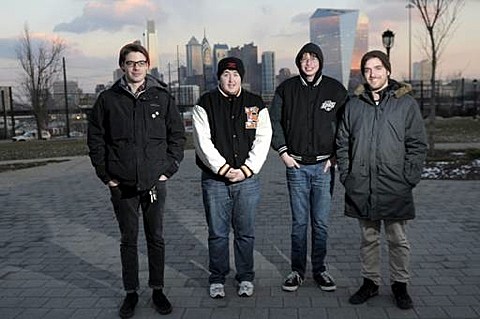 Philly's Modern Baseball are still a few weeks away from the release of their sophomore LP, You're Gonna Miss It all (due out 2/11 via Run for Cover), and after releasing two of its tracks, "Rock Bottom" and "Your Graduation," they've given us a third, "Charlie Black." On an album that goes from bare-bones acoustic songs to upbeat rockers and hits most of the middle ground between the two as well, "Charlie Black" may be the most they rock out. The intro-less song kicks right off with distorted power chords and Brendan Lukens' trademark nasal-voiced lyrical confessions, and it only rises in the chorus with enough "whoa-ohs" to make Japandroids proud. Listen to it here via Fuse and listen to the two previous album cuts below.

As discussed, Modern Baseball will be touring with The Wonder Years, Defeater, Citizen and Real Friends, and hitting NYC on April 17 at Best Buy Theater (tickets).