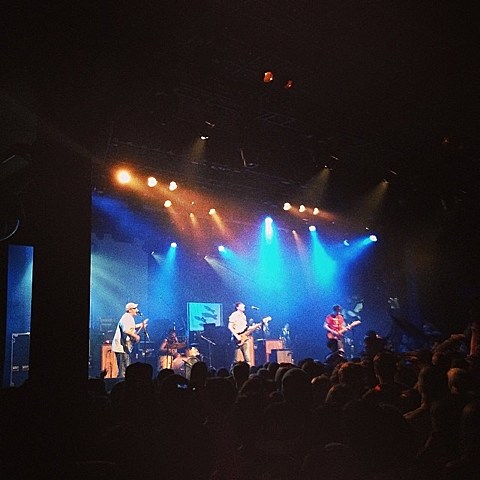 This June, Modern Baseball, Tiny Moving Parts, The Hotelier and Sorority Noise will kick off a killer quadruple-billed emo tour. The tour will support MoBo and The Hotelier's excellent 2014 LPs, You're Gonna Miss It All and Home, Like Noplace Is There, respectively, plus the forthcoming Triple Crown album from Tiny Moving Parts (details TBA), and the upcoming Sorority Noise album, Forgettable (due out May 13). It hits NYC on June 5 at The Studio at Webster Hall. Tickets for that show will be on sale via Ticketweb soon. All dates, including stops in Amityville, Asbury Park and Poughkeepsie, are listed below.

Meanwhile, Modern Baseball just wrapped up a tour with The Wonder Years that hit NYC's Best Buy Theater this past Thursday (4/17). They played a seven-song opening set that included a number of highlights from You're Gonna Miss It All and two tracks from their debut LP, Sports. Check out their setlist and a video of "Your Graduation" from that show, below. MoBo will also play the NYC-area this weekend at SUNY Purchase's Culture Shock festival on Saturday (4/26) which also includes Speedy Ortiz, Cakes Da Killa, Lil B and more.

All dates are listed, with the Modern Baseball video/setlist and streams from all four bands on the tour, below...

Modern Baseball - You're Gonna Miss It All

Tiny Moving Parts - This Couch Is Long & Full of Friendships (2013) 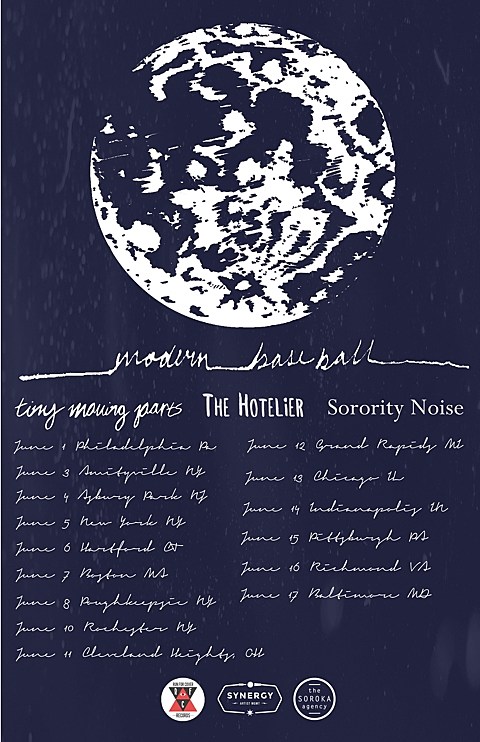