Modern Baseball and Beach Slang kicked off their tour together in NYC this past Friday (9/5) at Brooklyn Night Bazaar with strong local support from Chumped and Crow Bait. We already posted pics of Chumped, and pictures of the rest of the show are in this post.

Brooklyn Night Bazaar was the most packed I'd seen it in a while, with a long line forming to get in before doors even opened. (It was no trouble to get in later on though.) The crowd seemed like they were there for everyone, though, with the openers getting a ton of appreciation. I mentioned Chumped's crowd had a bunch of people who knew the words, and Beach Slang's did too, even for the song they released a day earlier.

Beach Slang will next be in NYC to open for Cheap Girls in October. Modern Baseball will be nearby with The Wonder Years on Long Island in October (tickets). Chumped's next announced gig here is on their tour with PUP in November. 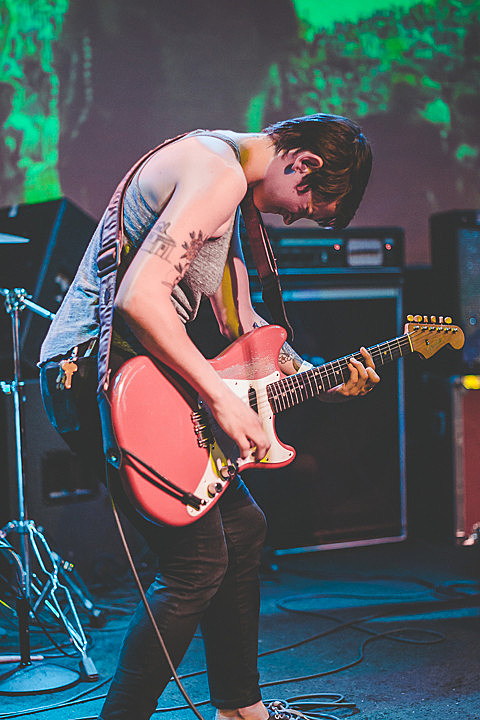