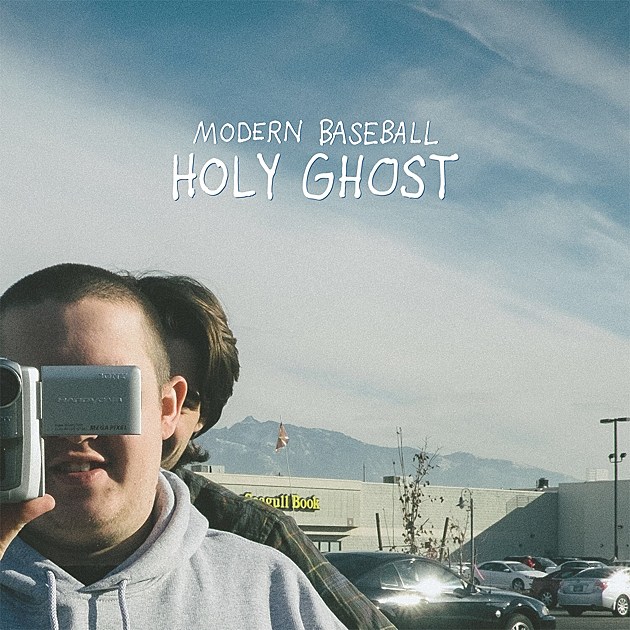 Last year, Modern Baseball announced that they'd be releasing a new album, Holy Ghost this year. Now they've revealed more details. It comes out May 13 via Run For Cover. That's the artwork above, and the tracklist is below. As mentioned last year, it was produced by Hop Along's Joe Reinhart (who also recorded that band's album Get Disowned, Joyce Manor's Never Hungover Again, and more).

They released the trailer video for Holy Ghost today, which was filmed by Kyle Thrash (who they named "Thrash Particle" after) and features the album's opening (and title) track. Check it out below.

They're about to head out on a lengthy European/Australian tour. No upcoming US dates at the moment, but they did just play an intimate NYC show at Baby's All Right (pictures). All dates are listed below.