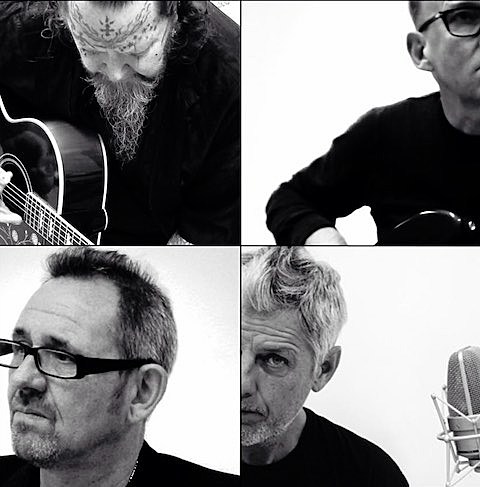 Post-punk/new wave vets Modern English are still working on that new album, and have launched a new Pledge Music campaign to finish it up, and it's nearly funded with 19 days still to go. It's due out next year, features artwork by iconic 4AD sleeve designer Vaughn Oliver, and was produced by Martyn Young of their onetime 4AD labelmates Colourbox (who plays keyboards on it as well). Preorders are available through Pledge Music.

The band will also be back in North America in 2016 for what they're calling the "Mesh & Lace" tour. That's also the name of their Joy Division-y 1981 debut album and the band promises the shows will feature "their early 4AD" material. Full tour details are still being worked out but dates and cities -- including NYC on June 5 -- are listed below...