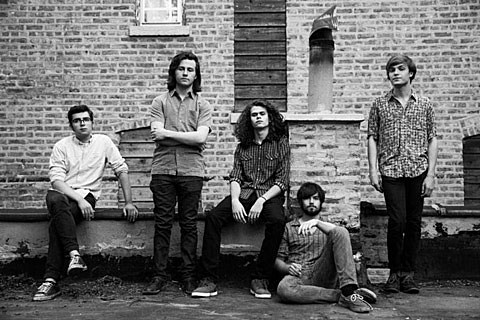 It's nice when bands name their own genre, sometimes. Chicago's Modern Vices call what they do "dirty doo-wop" which probably has more to do with the sonics than the lyrical content. There's not a lot vocal harmonies on "Cheap Style," the first single from the band's debut album, but there is plenty of raw emotion in Alex Rebek voice amongst those garagey riffs. You can stream it below.

Modern Vices are currently in NYC where they played with French Style Furs (featuring members of Cold War Kids and We Are Barbarians) last night at Mercury Lounge. The two bands do it again at Rough Trade on Wednesday (7/9) with Sacco playing as well. Tickets are on sale now. You can also catch Modern Vices on Friday (7/11) at Baby's All Right as part of a buzzy bill featuring Montreal's Ought, Californians Dub Thompson, and Semi Femme (ex-Orca Team). Tickets for the Baby's show are still available.