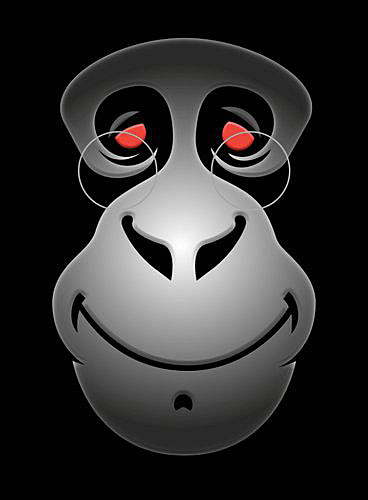 As recently mentioned, Modeselektor will be back this summer as part of the Identity Festival that hits both Jones Beach and PNC Bank Arts Center. According to the listed lineup, they will be playing "live" at those dates. Their most recent trip to North America also had them DJing. A full list of dates is below.

In October, we get a new album: "Monkeytown (most likely a ten-track album) features collaborations with a slew of special guests, including Thom Yorke on two songs, Busdriver, PVT, Anti Pop Consortium, and Miss Platnum. It will be released on September 30th in Germany, October 3rd in the UK, and October 4th in the USA. There will be no album pre-singles, however, there will be 3 or 4 singles following the album."

"The Radiohead frontman Thom Yorke played a secret DJ set after the band's surprise appearance at the Glastonbury Festival at the weekend.

The singer hit the decks alongside the band's long-time producer Nigel Godrich in the Shangri-La area of the festival site at Worthy Farm, Somerset.

Songs in their set included Major Lazer's 'Pon Da Floor' and 'Undoing The Laces' by Nathan Fake - you can see the rest below courtesy of Yorke." [Gigwise]