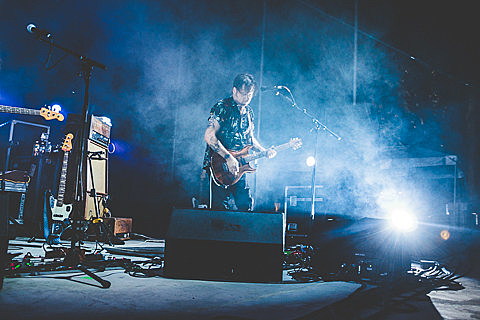 Modest Mouse already put out two songs from their new album, Strangers to Ourselves, and now they've got a third out, "The Best Room." Listen, and check out the just-revealed album tracklist, below.

They've also pushed back the March 3 release date to March 17 and confirmed they'll perform on Fallon that day.

Drummer Jeremiah Green recently revealed in a podcast on Modest Mouse fansite Interstate-8 that the rumored/reported Big Boi and Krist Novoselic collaborations will not be on the record, but may be released elsewhere at some point.