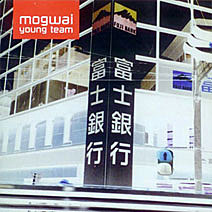 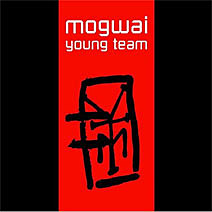 The Hawk is Howling is the sixth studio album by Scottish alternative rock band Mogwai, expected to be released on September 22, 2008 through Wall of Sound, Play It Again Sam, and Matador in the UK, Europe, and the USA, respectively.

The album was recorded in Hamilton, South Lanarkshire at Chem19 Studios with producer Andy Miller, whom the band had previously worked with on their early releases from 1997--1998. Mogwai recorded the album from September 2007 to February 2008, mixing the album in March with Garth Jones at the band's own Castle of Doom Studios in Glasgow. [Wikipedia]

That's the Wikipedia info on their new album obviously, but Mogwai also just reissued their first album from 1997, Young Team, as a two-disc (and quadruple vinyl box set) deluxe edition. The old cover and the new cover are above. The deluxe tracklist is below.

Tour dates are below too, and they include September 18th at Terminal 5 - a show that happens three days before Mogwai play ATP in upstate NY with My Bloody Valentine. Tickets for the NYC show go on sale Friday.....