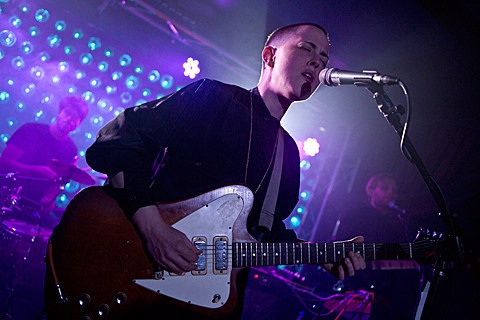 The MoMA Nights series will be back with shows happening in the museum's Sculpture Garden on Thursdays in July and August. July's lineup is in conjunction with the MoMA exhibition One-Way Ticket: Jacob Lawrence Migration Series and Other Visions of the Great Movement North and was organized in collaboration with Jazz at Lincoln Center and Harlem Stage. August features pop/rock acts curated by PopRally with opening sets by Newtown Radio DJs. The full schedule:

MoMA Nights shows are from 5:30 PM - 8 PM and are free with museum admission. More info here.

Lower Dens play Music Hall of Williamsburg on Thursday (6/11) for Northside Fest. Advance tickets are sold out, but they will be admitting Northside badges based on capacity.

Batiste, who will soon be bandleader for The Late Show with Stephen Colbert, has a weeklong residency at NYC's NoMad Hotel in June.