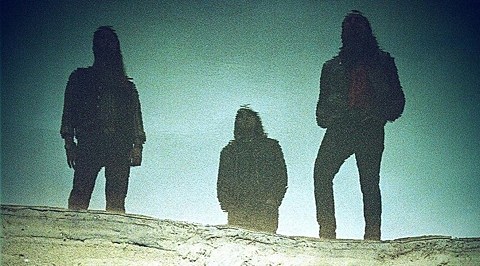 Oakland's Mondo Drag picked up a bit of buzz for 2010's New Rituals (maybe you caught them in NYC that year), but since that album's release their rhythm section left the band. Eventually they teamed up with Cory Berry of Zack Anderson, both formerly of Radio Moscow and currently of Blues Pills (who would have played NYC tonight [4/16] but cancelled), and recorded New Rituals' self-titled followup, which came out in Europe earlier this year. It will get a worldwide release via Riding Easy Records on May 12.

Like Blues Pills, the album has Mondo Drag pulling from '60s psych and '70s hard rock, prog and proto-metal, and coming out with a retro riff fest. Check out two tracks below. Mondo Drag have one show coming up, a co-headlining gig with Mammatus in San Francisco on May 21.