the new Kim's on 1st Ave (via Vanishing New York) 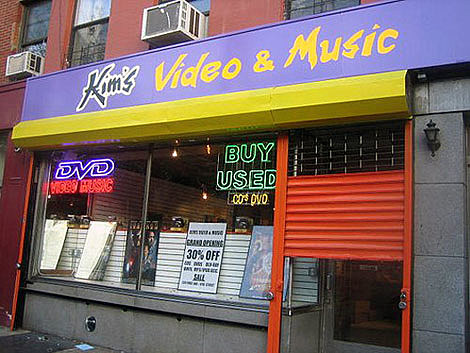 Etherea on Avenue A (via Stupefaction) 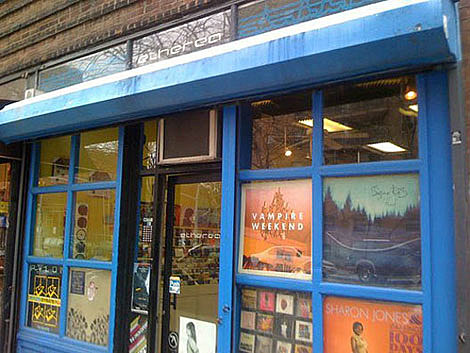 "Pretty soon, Other Music is going to be the only record store left in Manhattan. Blog Stupefaction reports that Etherea Records will shut down this February after 13 years in the East Village. The shop, on Avenue A between 4th and 5th Streets, plans to honor all gift certificates and store credits, and until the doors close, everything is 30% off.

This news, of course, comes as Mondo Kim's empties on St. Marks and both the Times Square and Union Square Virgin Megastores limp out their final days. (Remember when chains like Virgin were the main threat to little independent record shops? The 90s were such an innocent time.) For more context, check out this New York Times map from last April illustrating Manhattan's surviving record stores, as pointed out by a helpful Stupefaction reader." [Racked]

I don't think there is official word yet on Virgin Megastore Union Square actually closing, but some say it is inevitable.