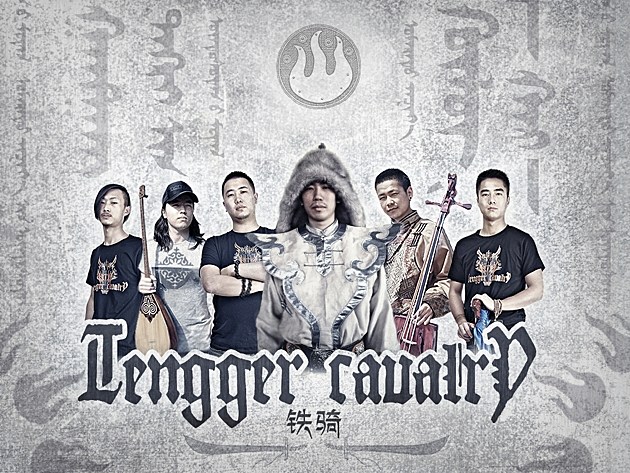 Mongolian folk-metal band Tengger Cavalry have journeyed to the US for a few shows (well, it wasn't really a journey -- the frontman went to NYU and they're based in New York, though they're originally from China). The band is pretty crazy-sounding, incorporating a trad-folk sound with Mongolian stylings, throat singing, and some pretty heavy straight-up thrash metal.

They just played two US shows earlier this month, including one at Brooklyn's Saint Vitus (anyone catch that?), and then on Christmas Eve they'll be playing Carnegie Hall (!!!). That'll reportedly make them the third-ever metal-related artist to play Carnegie Hall (the other two were Led Zeppelin and Spinal Tap), and there can't be many other people besides Bjork who played both Saint Vitus and Carnegie.

That show will feature a straight folk set from aforementioned Beijing-by-way-of NYU frontman Nature Ganganbaigal with a metal set to follow. Tickets are on sale now.