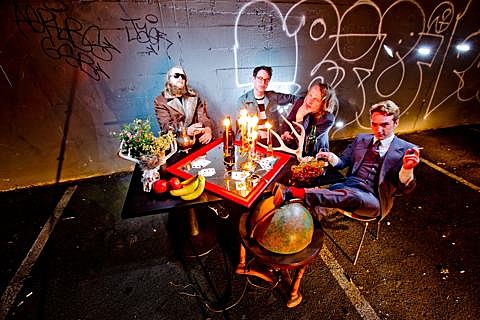 There are two broad camps within noise: the heavy, riff-oriented kind (Unsane, Today is the Day, Lightning Bolt, etc.), and the screechier, sassier punk kind (Big Black, Arab on Radar, The Locust, An Albatross, etc.). Seattle's Monogamy Party is definitely in the latter camp. Their first album, False Dancers, sounds kinda juvenile and extremely creepy at the same time. Their Facebook press quote, written by the Seattle music blogger Astrophellita, is a perfect piece of unintentional praise that's too good not to reprint:

They actually sound the way sex feels with an inexperienced lover, like doing a 16-year-old jack hammering boy: aggressive and fast, a rhythm that you can't follow, and in a matter of minutes he's sweating and smiling, gasping for air, leaving you feeling unsatisfied, disappointed and a little down on yourself for considering it in the first place. Monogamy Party will finish first after pounding away your chance at an orgasm.

We're premiering a video for "Crimes", the second tune from False Dancers, below. It's as scuzzy and sarcastic as you'd expect from the above quote -- it involves a lot of phallic-symbol popsicles and unflattering closeups of vocalist Kennedy's sneering face.

You can buy False Dancers on vinyl via Good To Die Records or digitally via the band's Bandcamp. Monogamy Party also have a couple of upcoming Pacific Northwest dates, should you happen to be out there during the second half of the month. You can watch the new video, stream the whole album, and check out those dates below... 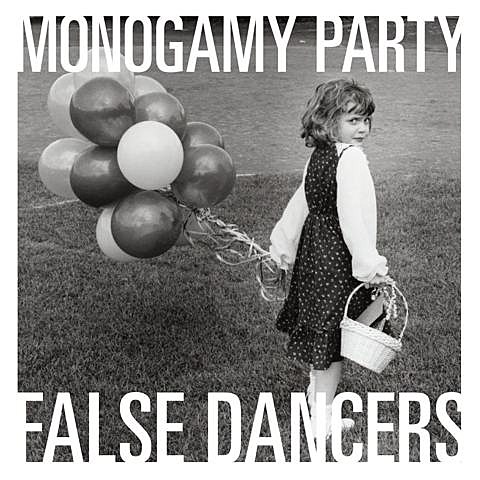