Monster Magnet at MHOW in 2012 (more by Dana (distortion) Yavin) 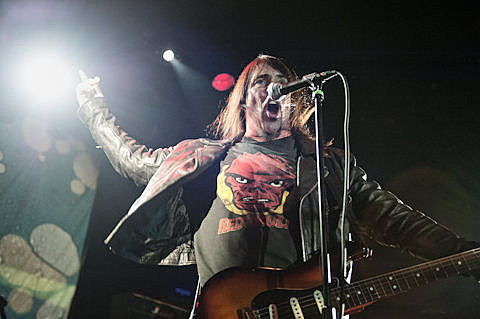 Last year, Monster Magnet released their new album Lost Patrol, and on November 14 they're following it with Milking the Stars: A Re-Imagining of Last Patrol on Napalm Records (pre-order). As the title suggests, it will feature new arrangements of the Last Patrol songs, and it also includes four new ones. One of the re-imagined tracks, "The Duke," has now been given video treatment via director Phil Mucci, and that video premieres in this post. You can check it out below.