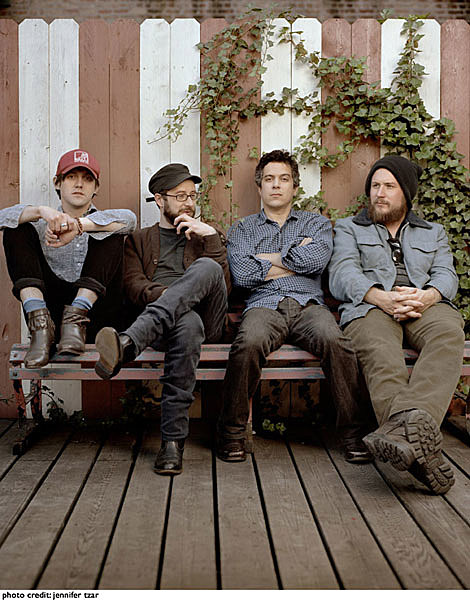 Monsters of Folk (Mike Mogis, Conor Oberst, M. Ward, and Yim Yames...or Jim James as most know him) will be heading out on tours of North America and Europe this fall. That tour comes to NYC for two nights in November. One will be November 6th at the United Palace (which recently hosted Sonic Youth). The second will November 8th at the Beacon Theater. Tickets for the NYC shows (and all shows) go on general sale Friday, July 31st, and "an exclusive pre-sale for Monsters of Folk fans begins on Tuesday, July 28th".

The four members will be switching instruments and trading roles throughout each show, maintaining the freewheeling and highly collaborative spirit of their work together thus far.

On this inaugural tour, Monsters of Folk is partnering with Air Traffic Control, a resource for musicians' philanthropic and social change work, to donate monies raised from ticket sales. The band will be donating $1 from every ticket sold on the tour to local non-profits.

The group's self-titled debut will be out September 22nd on Shangri-La Music. Check out the second track from that above, as well as the album track list, below.

M. Ward plays his own show at Central Park Summerstage on August 1st. All MoF tour dates and the album track list, below...