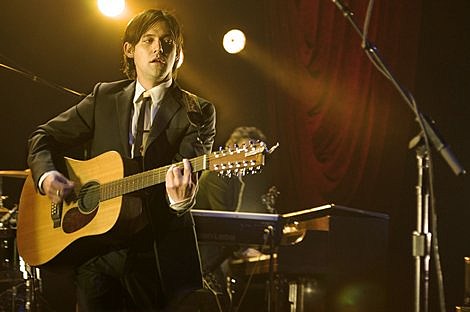 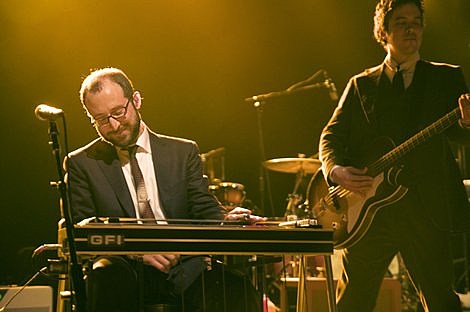 Indie supergroup Monsters of Folk are currently on tour across North America to support their new self-titled debut (the second track of which is above). The tour comes to NYC for two shows, at United Palace on November 6th and Beacon Theater on November 8th. Tickets for both are still available.

The pictures here are from the group's Oct. 18th gig at the Greek Theater in L.A....

Monsters of Folk played a monster-sized set last night at L.A.'s Greek Theatre, running through 35 songs in just under three hours -- with no opener and no intermission -- in support of the indie-rock supergroup's self-titled debut, which came out about a month ago. The Monsters comprise My Morning Jacket frontman Jim James; singer-songwriter (and She & Him guy) M. Ward; and Conor Oberst and Mike Mogis, both of Bright Eyes, and at the Greek the band's set alternated Monsters of Folk cuts with material from each member's respective catalog. Simply put, if you ever wind up in a game of Name That Tune with one of these dudes, come prepared.

Backed up on drums by Will Johnson of Centro-matic, the four musicians traded instrumental duties throughout the concert, with Mogis serving as something of a secret-weapon utility man... [Rolling Stone]

More pictures and the setlist from LA are below... 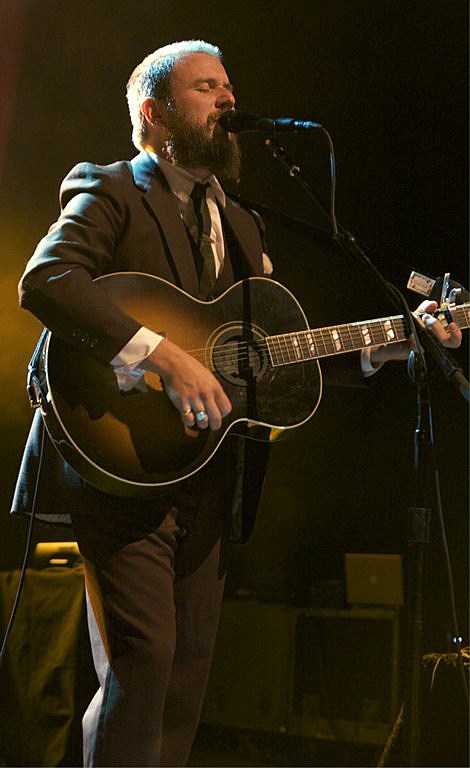 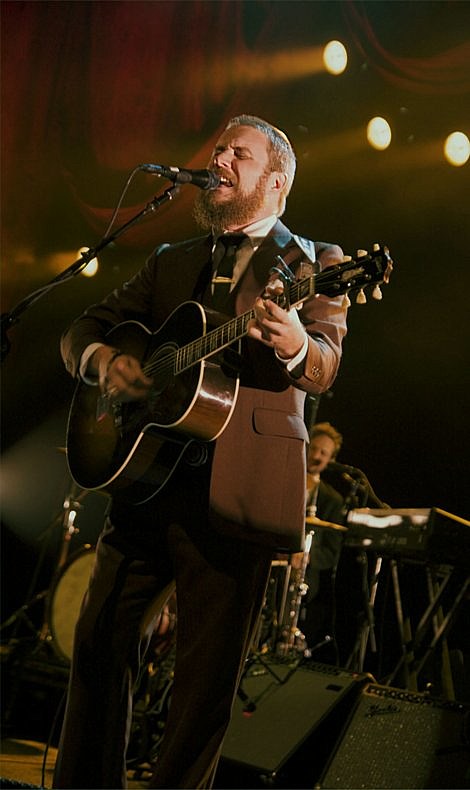 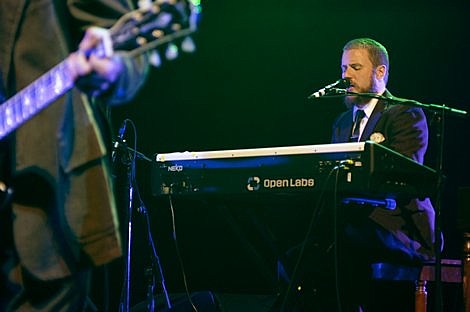 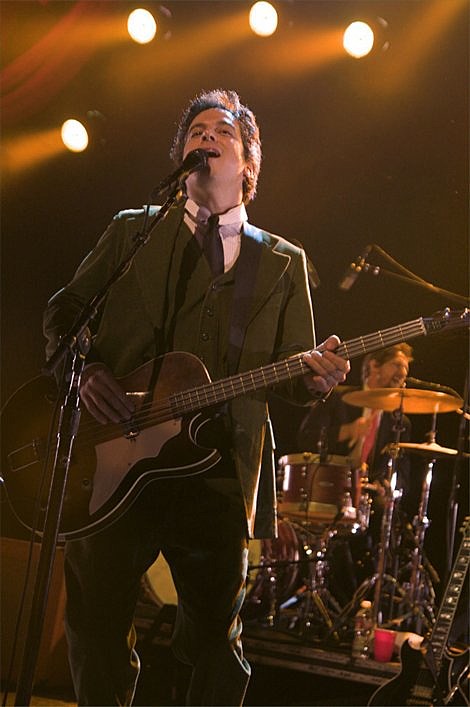 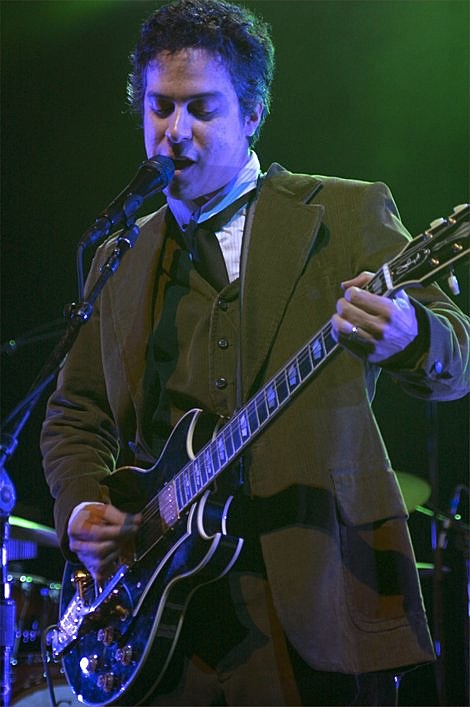 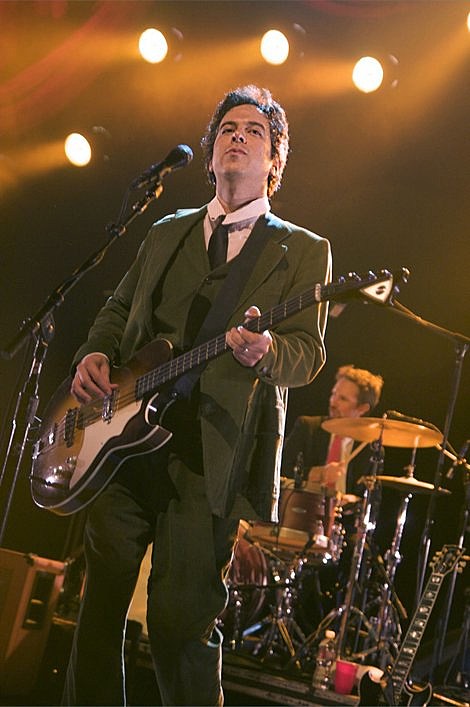 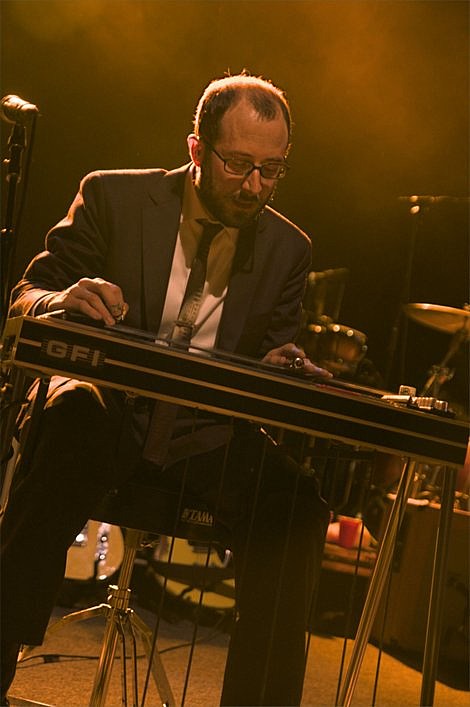 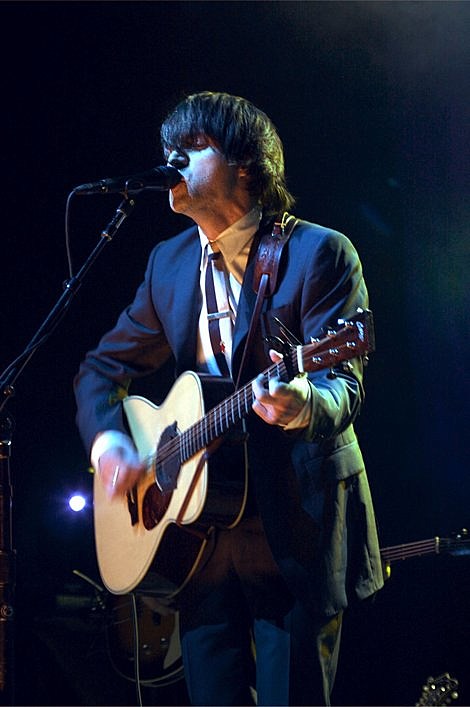 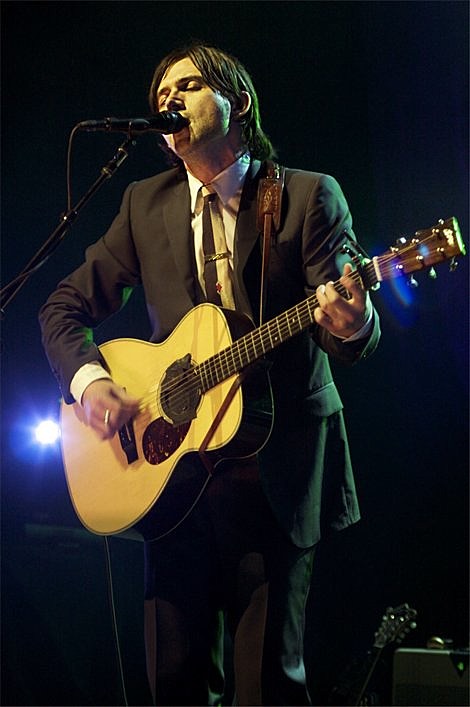 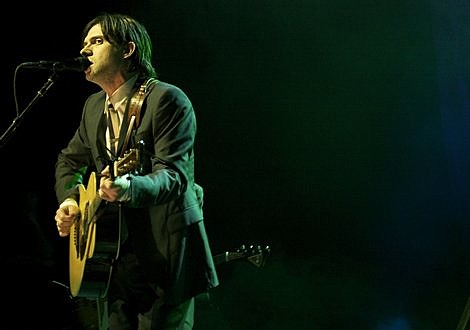 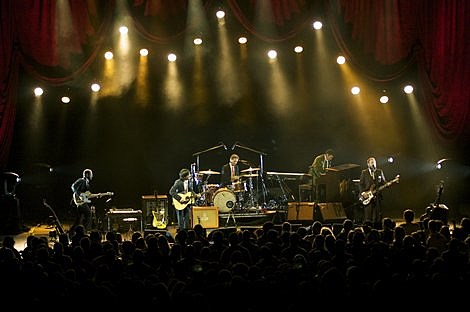 Monsters of Folk - Greek Theatre, LA, Oct 18th setlist (via)
"Say Please"
"The Right Place"
"Soul Singer in a Session Band"
"Vincent O'Brien"
"Man Named Truth"
"Lullaby + Exile"
"One Hundred Million Years"
"Chinese Translation"
"Outta My Head"
"Golden"
"Ahead of the Curve"
"Baby Boomer"
"I Will Be There When You Die"
"We Are Nowhere and It's Now"
"The Big Picture"
"Smoke Without Fire"
"Sandman, the Brakeman and Me"
"Goodway"
"Whole Lotta Losin'"
"Magic Marker"
"Lime Tree"
"Bermuda Highway"
"Look at You"
"Wonderful (The Way I Feel)"
"Map of the World"
"Slow Down Jo"
"Dear God (Sincerely M.O.F.)"
"At the Bottom of Everything"
"Smokin' from Shootin'"
"Hit the Switch"
"Losin' Yo' Head"
"At Dawn"
"To Save Me"
"Another Travelin' Song"
"His Master's Voice"