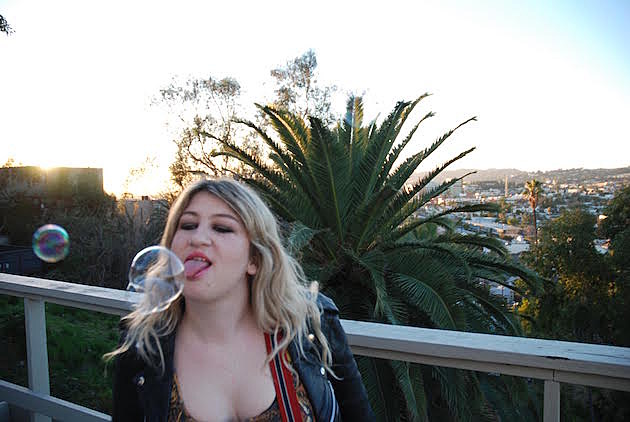 Montreal resident Esther Isabel makes music under the name Dreamboy, a project she started with her roommate Ben Bordeon (aka Solar Year). As the name implies, Dreamboy involves somnambulistic sonics, which can sweep from gothy haze to slowed-to-a-crawl country, to acid R&B. The visual element to Dreamboy is equally important, as Esther Isabel collaborates with videographers to complete the package at live performances.

Dreamboy's debut EP, Negative Feelings, came out in 2014 and the followup, Endings, which will be out later this year. The EP's title track makes its premiere in this post and you can listen below.

When she's not busy with Dreamboy, Esther Isabel plays in TR/ST who are getting ready to head to Los Angeles to make their new album. That'll be out next year.