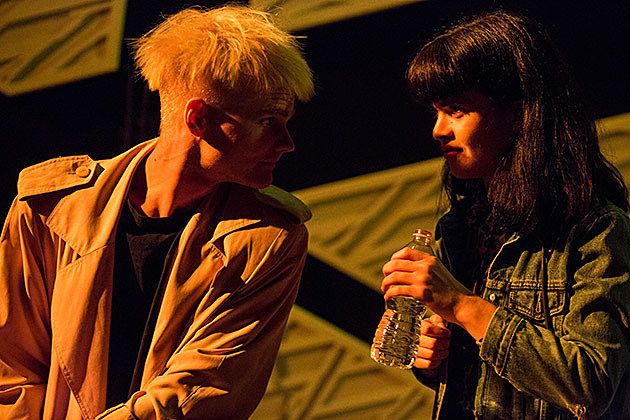 Montreal duo She-Devils have announced that their self-titled debut EP will be out January 15. The first song off of it, "COME," is pretty indicative of their sound, taking samples of '50s/'60s rock n' roll, surf, French pop, exotica and other stuff and reworking it into new music. (Obscure reference: if you remember onetime Primal Scream man Jim Beattie's Adventures in Stereo from the late '90s, it's kinda like that.) The video for "COME" is below.

I was pretty impressed with She-Devils when I saw them open for Empress Of at Pop Montreal in September, and they'll be playing their hometown twice this week for M for Montreal. Then, like they recently did at Brooklyn's National Sawdust, She-Devils will be opening for Majical Cloudz on dates in January, including NYC's Music Hall of Williamsburg on 1/19. Tickets for that show are still available. All dates are listed below.