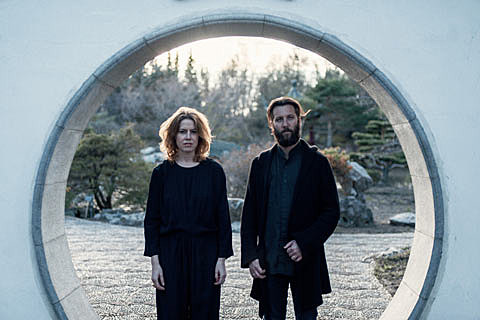 Montreal's moody, cinematic Thus Owls (who seem to have have dropped the colon from their name) will release a new mini-LP, Black Matter, on November 6 via Secret City. The husband-and-wife duo of Simon and Erika Angell brought in Daníel Bjarnason (Sigur Ros, Efterklang, Ben Frost) to do the string arrangements here, which really gives the record an even bigger scope. We're premiering first single "Turn Up the Volumes," which is a bold and soaring piece of musical melodrama. Swoon along below.

Thus Owls are currently playing a few Canadian dates with Marie-Pierre Arthur and will tour the UK/Europe with old friend Patrick Watson (Simon previously played in Watson's band and they've toured with him before). All dates are listed below.