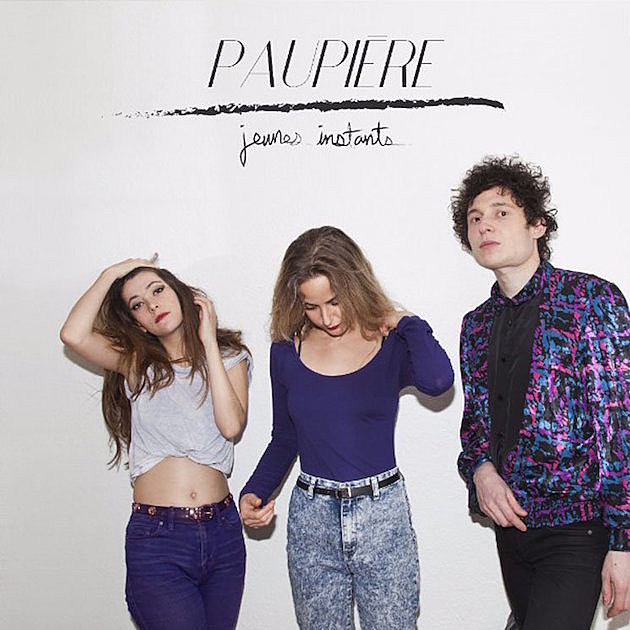 Montreal trio Paupière, formed by We Are Wolves drummer Pierre-Luc Bégin, with visual artist Julia Daigle, and actor and composer Éliane Préfontaine, make slinky synthpop with a decidedly French twist. (I caught them at M for Montreal last year.) The band's debut EP, Jeunes Instants, is out this week via Montreal's Lisbon Lux Records (Les Disques Entreprise in Europe). The lead single for the EP is "Elle et Lui," a very catchy number that cracks the language barrier with big hooks. The video for that song was shot by the band home-video style, and is the first time I've ever seen a car's reverse parking camera used in this way. The video makes its premiere in this post. Watch it, and stream the whole EP, below.

Paupière will play Montreal's Theatre Fairmount on February 26 as part of the Lisbon Lux third anniversary party (flyer below), and will be touring Europe in the Spring, details TBA.