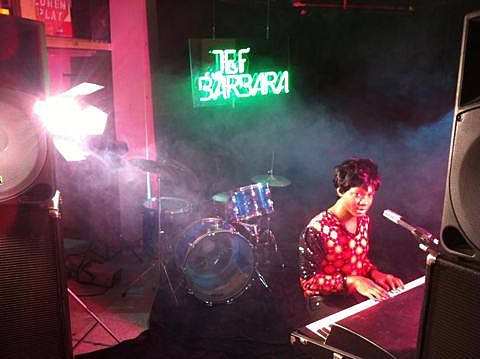 Montreal's Jef Barbara released his debut album, Contamination, last year. The record mixed bachelor pad cool with minimal electro beats and witty, sometimes sexually frank lyrics. It was one of the more interesting Francophone albums of 2012. He's set to move beyond French-speaking audiences with his first (mostly) English language album, Soft to the Touch, in October via Club Roll Music. (In France, he's signed to Bertrand Burgulat's Tricatel label.) The first single, "I Know I'm Late," is out now with an EP's worth of remixes, including ones by Cadence Weapon and Bertrand Burgulat, which you can stream below. We've also got the premiere of that track's video in this post.

Jef has yet to make his way below the Canadian border but U.S. shows are promised. Stay tuned. Meanwhile, check out the "I Know I'm Late" video and remixes below.