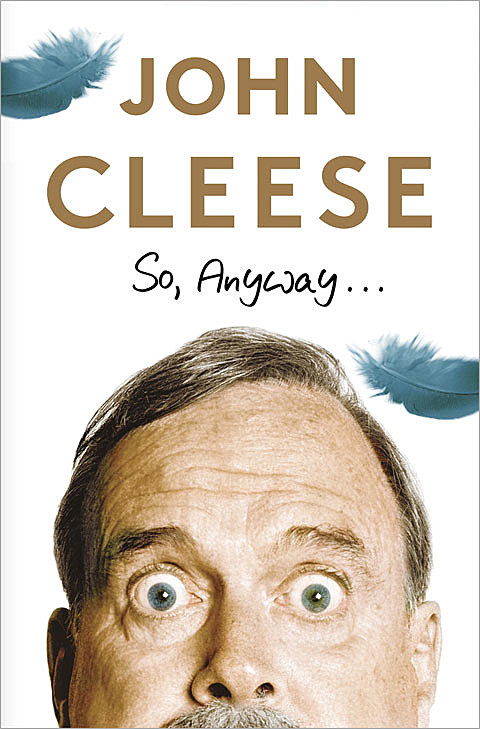 By many estimations, British comedy legends Monty Python did for comedy what the Beatles did for music. Beginning with the first episode of "Monty Python's Flying Circus" back on October 5, 1969, a series which spanned 45 episodes over 4 series and ballooned into countless books, albums, touring stage shows, movies, and a Broadway musical, the Python fingerprint is all over such comedy staples as SNL, The Kids in the Hall, and Mr. Show with Bob and David. One of the most recognizable faces of the 6 person comedy machine is John Cleese. His post Python career has probably been the most robust of the 6 members, having appeared in nearly 60 films, 20 TV shows, 23 direct to video projects, video games and, of course, his masterwork television series Fawlty Towers, which ranks #1 on the BFI TV 100 list (beating out "Monty Python's Flying Circus" which landed a #5 spot).

Mr. Cleese has a few items on his plate that might be worth noting if you're a dyed-in-the-wool Monty Python super-fan like your man Klaus. Back on November 4, 2014, Cleese released, on hardcover, a book entitled "So, Anyway...." This memoir recounts Cleese's journey through his rise and mastery of the comic arts; from awkward small town lad (who was already 6 foot tall by his 12th birthday) through the 10 immediately-sold-out 2014 Python stadium shows at the 02 arena in London (to an audience of 16,000 people per night). It is an unbelievable look into one of the most prolific comedy careers of all time. A softcover version of the book is coming out on September 29. 2015. We're giving two copies away! Details on how to enter are below.

In honor of his recent memoir, John Cleese will be appearing live at the NYU Skirball Center for the Performing Arts on Saturday, November 14 at 6:30pm. Celebrating stories from "So, Anyway...", the Cleese will regale the audience with tales of projects including "The Meaning of Life", "The Life of Brian", "The Holy Grail", "A Fish called Wanda", "Fawlty Towers" and more. Tickets are now on sale. There is also a VIP option that gets you a signed copy of the paperback and a photo-op with the man himself. Get em before they're gone!

John is also doing a small tour of the south with fellow python legend Eric Idle!

Britain's living legends of comedy, John Cleese and Eric Idle perform in their must-see new show, John Cleese & Eric Idle: Together Again At Last...For The Very First Time. The British icons will perform unforgettable sit-down comedy, blending scripted and improvised bits with storytelling, musical numbers, exclusive footage, aquatic juggling and an extended audience Q&A to craft a unique comedic experience with every performance. No two shows will be quite the same, thus ensuring that every audience feels like they're seeing Together Again At Last... For The Very First Time, for the very first time. And now you know why the show is called that, don't you?

I am not kidding when I say I would kill to see one of these performances. Why there isn't a single show in the greatest of all cities, NEW YORK f'in CITY, vexes me to the point of tears. I mean, I guess I could drive to Maryland. But who wants to drive to Maryland. Gross. Anyway, tour dates are listed . 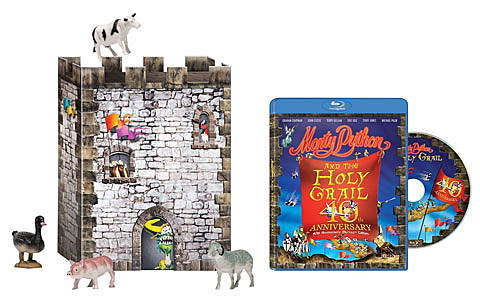 In other Python news, back on November 11, 2014, Eagle Rock Entertainment released Monty Python Live (mostly) : One Down, Five To Go on BluRay, DVD, and digital.

Filmed live on July 20th on the final night of the run of ten sold out performances at The O2 in London, "Monty Python Live (mostly) - One Down Five to Go" sees the five surviving members - John Cleese, Terry Gilliam, Eric Idle, Terry Jones and Michael Palin - together with Carol Cleveland, perform many of their classic sketches and much-loved songs. The show also encompasses film inserts from Monty Python's Flying Circus, Terry Gilliam's iconic animations, outrageous dance routines by an ensemble of twenty and a fantastic live orchestra. The show cements the Python's reputation as the most influential comedy group of all time and, more importantly, still one of the funniest. "Monty Python Live (mostly) - One Down Five to Go" is the ultimate Monty Python show.

While you're at Amazon or wherever ordering that, you should, as the Python completist you are, pre-order the "Monty Python and the Holy Grail Limited Edition Castle Catapult BluRay Gift Set which will be released on October 27, 2015. This doozy of a release features deluxe packaging complete with catapult and little animals you can hurl at your enemies, letters from Terry Jones and Terry Gilliam about the film, commentary from the 5 remaining Pythons, footage of the Pythons being interviewed by John Oliver at the Tribeca Film Festival, outtakes, lost animations, and more. I'd insert a "Holy Grail" pun here, but I know better.... Watch a video of this thing getting unwrapped with other videos and tour dates and stuff below...

For a chance at winning one of two copies of John Cleese's memor "So, anyway...": either tweet something that includes both @BrooklynVegan AND "#BVCleese" in the tweet, or send an email to BVCONTESTS@HOTMAIL.COM with the subject line "Cleese Book Contest". Include your first and last name in the email. We'll pick two winners at random and contact them with more details. If you enter by email, it will not be shared with anyone else. Good luck!