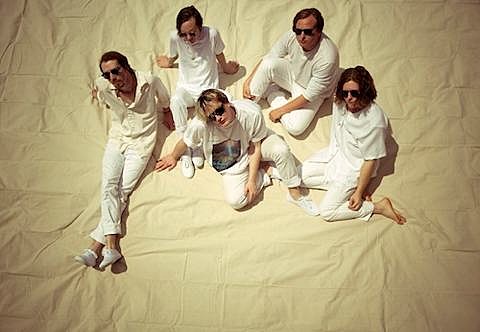 Atlanta's Mood Rings are gearing up to release their debut album, VPI Harmony, via Mexican Summer on June 25. The band's sound definitely stems from the '80s, be it soft-focus MOR pop, or shimmery Factory Records/4AD obscurities, but the group never quite lay their influences directly on the table. The album is lush and ethereal and not without a good beat too, like on album standout "The Line" which is kind of like a guitar-oriented version of the Drive soundtrack. It probably would make for good sexytime music too, at least for folks whose ideal soundtrack to that sort of activity is Cocteau Twins' Heaven or Las Vegas. You can stream a couple tracks off the album below.

Mood Rings will be on tour in a month or so, with dates including an NYC stop at Mercury Lounge on July 11. Tickets to that show go on sale Friday, June 7 at noon. All tour dates are listed below.