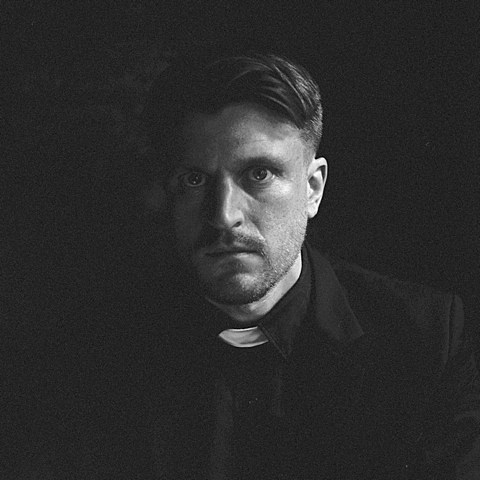 Moon Casale (aka Keith Zarriello of The Shivers) released his self titled debut album earlier this month and you can stream the entire thing below or order it in digital/vinyl formats at bandcamp. While Keith can do a bit of genre hopping in The Shivers, the Moon Casale album is entirely bare bones loner folk which would sound pretty great in a candle-lit church, which just so happens to be where he's doing his record release show. The show happens in NYC on January 25 at The Greenpoint Reformed Church with Jo Schornikow (aka the other half of The Shivers), The Sparrow (aka Mina Karimi), Scott Rudd, and Paloma Gil, who is one half of The Dove and the Wolf. Admission is $5 at the door and proceeds go to the church's soup kitchen which feeds the homeless three times a week. More info at the facebook event.

Scott Rudd has toured the UK with Jo Schornikow in the past, and he has other NYC shows coming up after the Greepoint Reformed Church show. He also plays Bar4 on February 2, The Manhattan Inn on February 18, Post Crypt Cafe on February 22, and American Folk Art Museum on March 22. You can stream his track, "Probably Lied," below.

That stream, a stream of the Moon Casale album, a video for a Moon Casale b-side, and a Dove and the Wolf video, below...

The Dove & the Wolf - "Springtime"