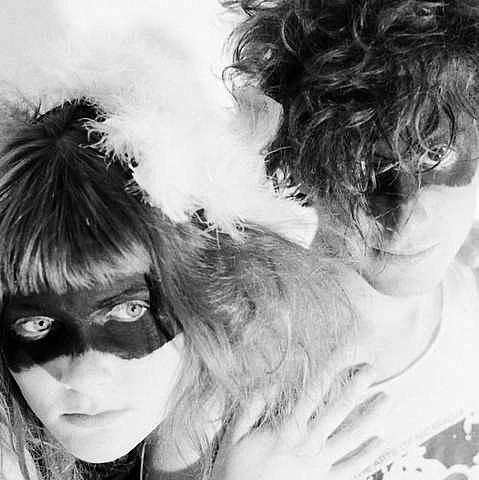 Moon King (the project of Daniel Woodhead, who sometimes plays live with his brother Airick's band Doldrums, and along with Airick and Austra bassist Dorian Wolf was a member of Spiral Beach) released his first EP, Obsession I, this week (8/14) via Mike from Fucked Up's label, One Big Silence. Rather than his brother's experimental work in Doldrums, Daniel and his Moon King partner Maddy Wilde opt for a dream pop sound that recalls the poppier moments of My Bloody Valentine or earlier M83. You can stream the EP in its entirety below and download two of its tracks, "Sleeping In My Car" and "Only Child," above. You can also watch the video for "Only Child" latter below. The EP can be purchased on vinyl or digital via One Big Silence's site.

Moon King will be in NYC for two three shows in September, including Big Snow on September 14, Cameo on September 15 with The Hundred in the Hands, and Pianos on September 18 with Tropic of Pisces and Neighbors. Tickets for the Cameo show and the Pianos show are on sale now. No other US dates to report at the moment, but Moon King will be doing a short Canadian run at the end of August. All dates are listed below.

For The Hundred in the Hands, the Cameo show is one of a few remaining dates for the band who have been touring all summer in support of their new album, Red Night (out now via Warp).

A list of all dates, video and stream below...

Moon King - Only Child from One Big Silence on Vimeo.

Moon King - "Sleeping In My Car"