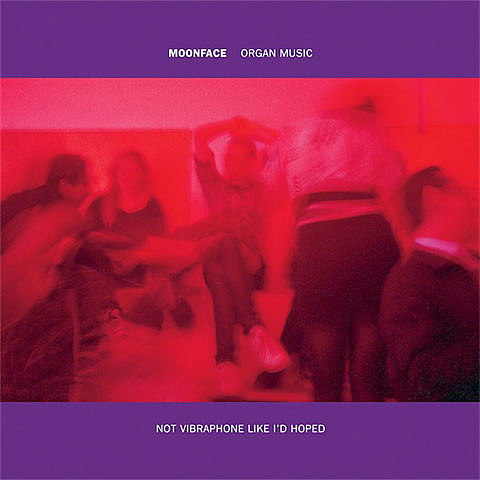 Wolf Parade/Sunset Rubdown vocalist Spencer Krug announced the first-ever tour for his Moonface project, which hits NYC on July 20 at Mercury Lounge. Tickets for the NYC show go on sale this Wednesday (5/25) at noon. All dates are listed below.

His live debut for the new project took place earlier this month (5/6) at the secretly-located Brooklyn venue Envelope, and he played a show in Montreal since (a low quality video from the latter is below).

The tour is in support of his upcoming full length Organ Music Not Vibraphone Like I'd Hoped, which serves as the follow-up to his debut EP Dreamland EP: Marimba and Shit-Drums. According to Krug, the album is "something between pop and lush drones." Organ Music drops August 2 via Jagjaguwar. Download the track "Fast Peter" from the album above.

The tracklist, live video, and all tour dates, below...

Organ Music Not Vibraphone Like I'd Hoped tracklist:
1. Return to the Violence of the Ocean Floor
2. Whale Song (Song Instead of a Kiss)
3. Fast Peter
4. Shit-Hawk in the Snow
5. Loose Heart = Loose Plan
--