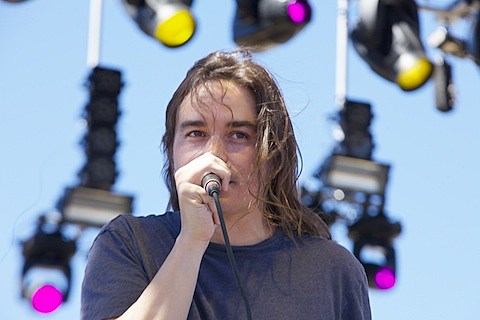 Moonface, the project of Spencer Krug (Wolf Parade, Sunset Rubdown, Swan Lake), has two full lengths and an EP under its belt, and he doesn't have any plans to release a followup or tour at the moment, but he has announced two NY shows which will take place this spring, and are billed as "solo piano" shows. He also recently did a solo piano set at the Foodstock Festival in Helsinki, Finland, which has led some to believe he is working on a solo piano record.

One of the NY shows is at Hamilton College, and then he plays NYC on May 5 at Littlefield. Tickets for that show go on sale today (3/29) at noon.

Meanwhile, Spencer's ex-Wolf Parade bandmate Dan Boeckner has been keeping busy with his band, Divine Fits (which also feature's Spoon's Britt Daniel). Check out pictures of them at SXSW HERE.

Tour dates (all two-of 'em) are listed, along with a video, below...