Moonface at Mercury Lounge in July (more by Amanda Hatfield) 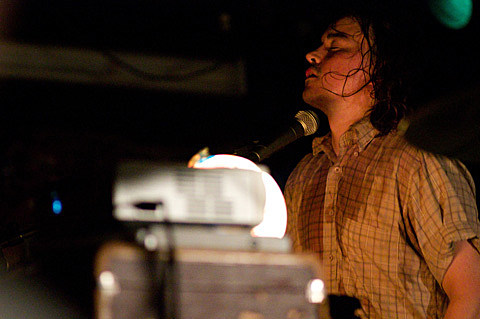 Last month, Moonface (aka Spencer Krug) released his debut LP under the moniker and wrapped up a tour in support of the album which hit Mercury Lounge on 7/20. After an appearance at this year's POP Montreal in September, he'll tour again. A full set of dates hasn't been announced yet, but a few are starting to surface including one on October 30 at Bowery Ballroom. Tickets go on sale Friday (9/9) at noon.

In related but unfortunate news, despite being part of the recently announced lineup, Handsome Furs are not playing CMJ afterall. The dates they are playing are listed HERE.