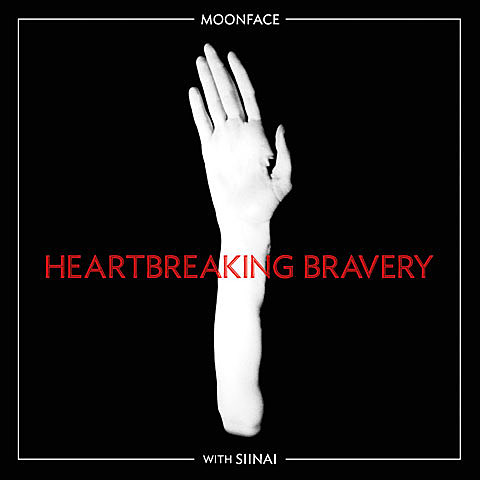 Last year, Wolf Parade/Sunset Rubdown vocalist Spencer Krug released his debut full length under his relatively new Moonface moniker, Organ Music Not Vibraphone Like I'd Hoped. That album featured little more than Spencer's voice, organ, and a drum machine, a fairly drastic but welcome change from the guitar/piano songwriting he's become known for in his other projects. Now, he's set to release the followup to Organ Music, which he recorded with Finnish krautrockers Siinai. The album's titled Heartbreaking Bravery and its due out on April 17 via Jagjaguwar. The backing of a full band makes the album more similar to Spencer's other bands than his previous work as Moonface, but the songs do retain some of the looping qualities of Organ Music. Stream the full album below (via AV Club) along with the video for album single "Teary Eyes and Bloody Lips" (which you can also grab the MP3 of above).

Moonface will tour internationally in support of the album in the next few months, hitting NYC on June 20 at Bowery Ballroom. Tickets for the NYC show are on AmEx presale now and go on sale to the general public on Friday (4/13) at noon.

All dates, album stream, and video below...