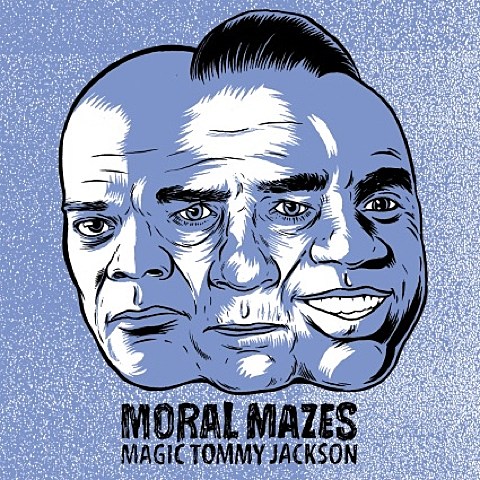 Here's an exciting one for fans of classic post-hardcore. J. Robbins (Jawbox, Government Issue, Office of Future Plans, etc), Jonah Matranga (Far, onelinedrawing, New End Original, etc), Jeff Dean (Dead Ending, All Eyes West), and Darren Zentek (Office of Future Plans) have formed a band together called Moral Mazes. The band plans to release their debut 7", Magic Tommy Jackson, which will include the tracks "The Long Way" and "Stay Unprepared," on September 2 via Bridge 9. Stay tuned for that.

As previously mentioned, Jonah Matranga put out his newest solo/onelinedrawing album, Me And You Are Two, which you can stream here. More recently (6/25), J. Robbins put out a solo EP, Abandoned Mansions, which like Jonah's newest LP, has him in acoustic mode. You can stream that in full below.