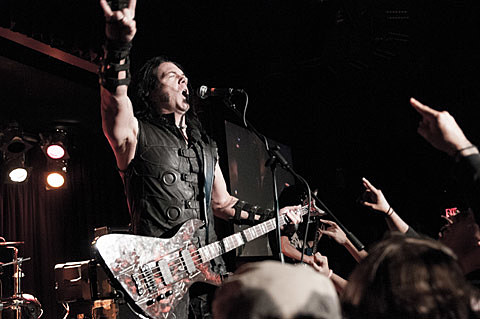 Death metal legends Morbid Angel will thankfully revisit Covenant on an upcoming tour, and not their latest-album-which-shall-not-be-named. The tour, dubbed Convenant: 1993-2013 Tour, will obviously feature that classic on its 20th anniversary, scheduling stops across the US while playing the LP in its entirety and alongside other classics. The NYC stop happens November 12 at Irving Plaza. Tickets are not on sale yet but you can keep checking LiveNation.

All other tour dates are listed, along with a stream of Covenant, below.