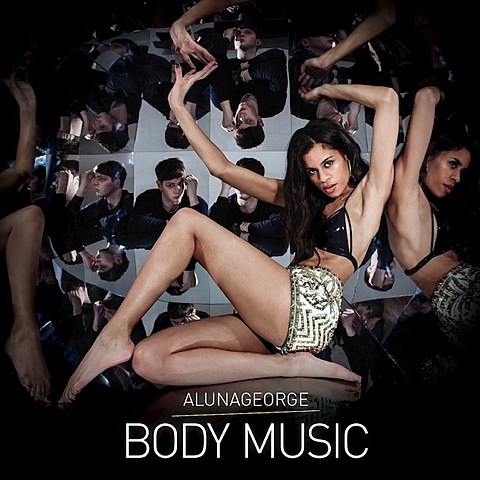 One of the most exciting debut albums of the year, Disclosure's Settle, is out today (6/4), and as you probably know, it includes the track, "White Noise," which features lead vocals from AlunaGeorge.

As discussed, AlunaGeorge also have their own very-anticipated debut album coming out this year, and more details on that album have just been announced. We knew it was called Body Music, and it's now set to come out on July 29 via Island (not July 1, as initially reported). The album includes AlunaGeorge's unstoppable singles, "Attracting Flies" and "Your Drums, Your Love", in addition to "You Know You Like It" and "Just A Touch" from their You Know You Like It EP, which came out in 2012 via Tri Angle, and "Diver" (of which a radio rip surfaced earlier this year). They've recorded a new version of "You Know You Like It" for the album, which you can listen to, along with the full tracklist, below. That's the album art above.

AlunaGeorge have a bunch of tour dates scheduled for this year, but their only currently-announced North American dates are their appearances at Detroit's St. Jerome's Laneway Festival and Jay-Z's Made In America Fest in Philly with Kendrick Lamar, Beyonce, Queens of The Stone Age, Nine Inch Nails, Miguel, A$AP Rocky, Phoenix, and more. Tickets for that festival are still available.

All dates are listed, along with the new song stream and album tracklist, below...

AlunaGeorge - "You Know You Like It" (Body Music Version)