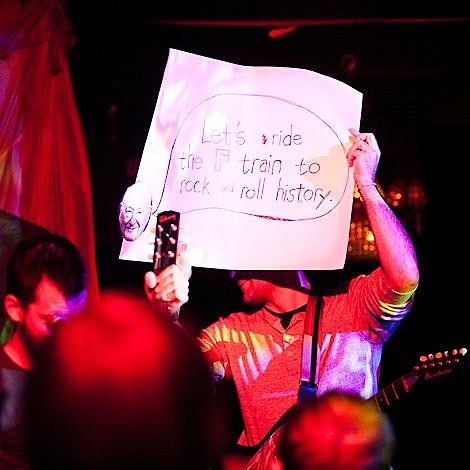 In addition to playing this year's NYC Popfest (Saturday, May 22 at Bell House), Seattle's BOAT have two other shows lined up while visiting our city. They'll play Bruar Falls on Thursday, May 20 with You, You're Awesome from Cincinnati and Brooklyn's Jirpah. They're also playing a second show on 5/22 after the Bell House performance -- a late night (doors at 11PM) at Glasslands where they'll share the bill with DOM (who play our Northside Fest show) and Happy Birthday and "more TBA."

The Bell House show is the big event for this year's Popfest, with Scottish post punk band The Wake playing America for the first time ever. Plus Brooklyn's My Teenage Stride and World Atlas, Bears from Cleveland, and Chicago's Very Truly Yours.

BOAT are also playing some other Popfests around the country (San Francisco, Athens, GA) as well as a few other shows. All 2010 tour dates, plus a couple KEXP performance videos, are below...