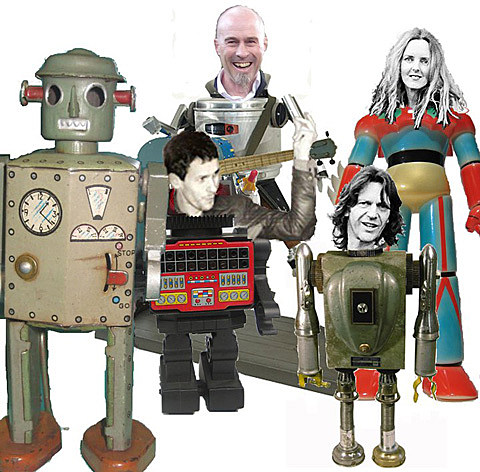 New Zealand band The Renderers have been around since the late '80s, making dark, bluesy, often bleak rock and have had records out on Flying Nun, Siltbreeze, Ajax and Ba Da Bing. You can stream their 1998 album A Dream of the Sea (which came out on Siltbreeze) via Rdio, below. The band are currently in NYC finishing up work on their new album and will be playing two different shows on Saturday (5/10). First they'll play early at Union Pool, opening for Endless Boogie. Hoagie Jungle are also on the bill and it's $10 at the door.

Then, The Renderers will head to Cake Shop to play a "super show" which are part of the venue's 10th Anniversary celebration. Fellow kiwi Hamish Kilgour (of The Clean, Roya and more) is also on the bill, as are Zuli, Flying Squirrels, and German artist Amber Arcades who is in NYC recording with members of Quilt, Real Estate and producer Ben Greenberg (ex-The Men). That show is also $10 at the door.

While on the subject of Cake Shop's CS10 "super shows," Obnox will be playing one on Friday, May 15. (He plays WFMU Monty Hall the next night.) No other bands have been announced yet, so stay tuned. This Friday (5/8) Cake Shop has Eternal Summers, Misfruits, Telepathic (Rob & Sarah of Bleeding Rainbow), Darlings and Plains. $10 at the door.