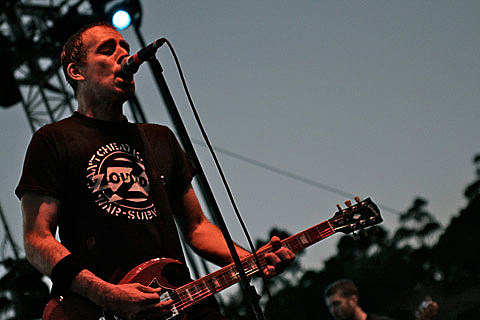 We will be releasing a small quantity of GA tickets for Matador 21 next week by lottery. Winners will be picked at random and notified on Tuesday, September 14th at 9:00am. Winners will have 24hrs to purchase their tickets. If they fail to do so, a new winner will be selected the following day at 9:00am. All winners will be given the option to purchase 2 tickets at $250 each + service fees and taxes. This is your last chance (we hope!) to be part of the greatest weekend in human history

To enter the lottery please send an email to 21@matadorrecords.com with the title, "21 LOTTERY" in the subject line of your message.

The final lineup/sort-of-schedule for Matador 21, taking place in Las Vegas from Oct 1-3, was recently released. Check it out below.

On the Matador 21 schedule you'll see that both The New Pornographers and Ted Leo & the Pharmacists play the final day of the festival, Sunday, October 3rd. It was also just announced that those same two bands will share a bill again two months later in NYC. Tickets for the Monday, December 6th show at Terminal 5 in NYC go on service-fee-free Presale today (9/14), AmEx presale Wednesday at 11am, and then general sale Friday at noon.

In between Las Vegas and NYC, the New Pornographers will play a series of dates with Tokyo Police Club who also have a bunch of shows scheduled without their fellow Canadians. All dates are listed below.

Ted Leo has an even busier schedule between now and December, and as usual, good taste in openers. In September and October he'll hit the road with So Cow and then Kevin Seconds and then Screaming Females again.

Screaming Females meanwhile are on a tour that passes through Brooklyn on Wednesday, September 15th. Tickets for the Knitting Factory show are still on sale.

2am : Esben and the Witch, Harlem, Key West Ballroom (open to all ticketholders, space permitting)

Matador at 21: The Lost Weekend takes place at the Palms Resort and Casino in Las Vegas from October 1-3, 2010. This event is sponsored by MySpace Music, Altamont and Incase. 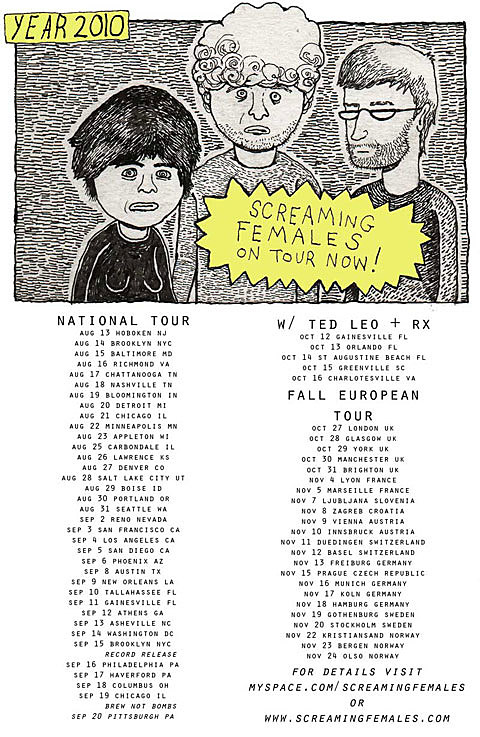