Verboten (German for "forbidden") -- a popular dance party company that throws techno and house DJ events around the city -- is applying for a liquor license for its soon-to-open nightclub on North 11th Street that will hold more than 700 people, company representative Jen Schiffer said at a public meeting this week.

Schiffer said the new venue would include two rooms -- one that could accommodate 411 people and another that could hold 321 guests. The venue has applied to remain open until 4 a.m. on weeknights and 6 a.m. on weekends. - [DNA Info]

Verboten, which will be located at N. 11th and Kent (which puts it right by Output) and can hold 700 people across two rooms, is also promising lessons for kids during the daytime and a full kitchen. 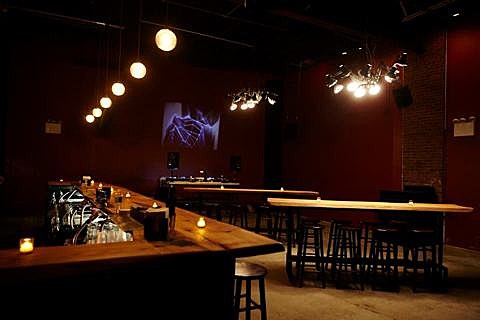 Not to neglect the South Side, another club, called TBA, opened about six weeks ago at 395 Wythe Ave (at S. 6th St.). It's a little more mini than mega. Says NY Mag:

Run by a gaggle of nightlife veterans from Blkmarket Membership, Porch, and Deep, the democratic space (there's no door policy) has a pumping sound system, stiff tequila drinks (try the Habla Habanero, made with Espolon Reposado and mango purée; $10), and room for up to 150 bodies. Still, it's the rarefied techno, electronica, and house programming-- a lineup that includes heavies like Stimming, Pig&Dan, and Butane.