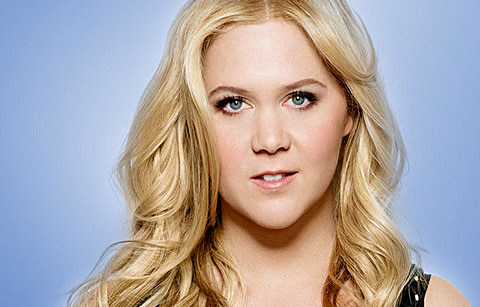 As mentioned, the NY Comedy Festival happens November 5 - 9 at venues all over NYC. While the big shows -- Marc Maron, Tig Notaro, Bill Cosby, Nick Offerman, Amy Schumer and others -- have been announced for some time, they just announced the smaller/cooler/more interesting offerings on the slate. We just wrote about Bob Odenkirk who's playing Gramercy Theatre on November 9, and here are a few more highlights as chosen by BV laffmaster Klaus Kinski. He offers up some parenthetical comments too. Read on:

-Popular internet-obsessed comedy game show @Midnight (hosted by Chris Hardwick) will be taping in NYC the week of NYCF, at ABC 24 New York on November 3, 4 and two tapings on 11/5. Tickets are free and mostly claimed but you can get on the waitlist.

-Seth Herzog's longrunning "Sweet" will do a NYCF-specific show at The Slipper Room on 11/4 ("Always. Seth is the man.") No advance tickets yet.

-"Comedy Underground" Live with Dave Attell at Village Underground on November 4. ("I love Attell and hope he sees a resurgence. Also, big a-listers will drop by for sure.") Two performances, 8 PM and 10:30 PM (Tickets)

- Kyle Kinane at Union Hall on November 5. ("Great opportunity to see him in a small room.") Sold out, but there may be standbys at the door.

- 'Race Wars' with Kurt Metzger and Sherrod Small at Comedy Cellar at The Village Underground on November 5. ("Smart and very controversial.") Reservations are being accepted now.

- Pete Holmes at The Bell House on November 6. ("BV 'Rock n' RoFL' alum. Remember I love this man.") Tickets are on sale now.

- 'Lies' feat. Sara Schaefer at the Jerome L. Greene Space on November 6. ("I have always loved Sara.") Tickets are on sale now.

- Aparna Nancherla & Friends at The Creek and the Cave on November 7. ("New on my radar, she is one of the funniest people ever.") Tickets are on sale now.

- "Clown Panties and Other Unpleasant Truths: An Evening With Inside Amy Schumer" on November 8 at The Paley Center for Media. ("Amy Schumer also has a big stand up show, but I think an event about her show is more interesting than her stand up. Though her stand up is great.") Tickets go on sale Friday (10/3) at noon and are on presale now to Paley members.

-'Up To Snuff: Mark Normand & Friends' at The Stand on November 8. (Guy is GREAT. Made a year end list of mine. He needs to be famous.) Tickets are on sale now.

- Emily Heller at UCB East on November 8. ("So f'ing funny. Another comedian who made a year end list of mine.") Tickets are on sale now.

There are lots more NYCF events happening and the whole schedule is here.