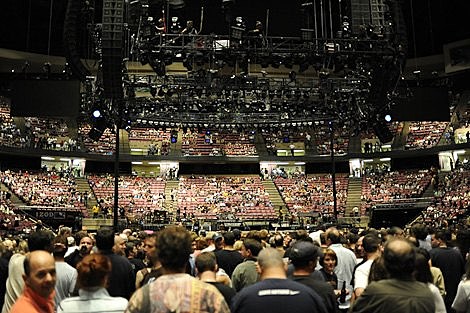 "Tickets for Springsteen's three concerts at Giants Stadium this fall sold out in minutes on Monday.", and according to the Associated Press, NY Senator Charles Schumer said that "more fans managed to buy face value tickets this time." Could this be true? Let's do the math. This time the Boss is playing three shows at Giants Stadium. Last time there were two at the Izod Center....

Hmm. You decide. That said, Schumer is not exactly congratulating Ticketmaster. He is still trying to reform them.